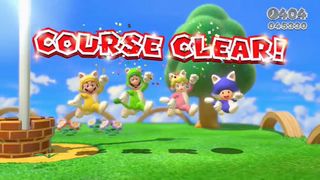 The course is certainly not clear for Nintendo's Wii U

Every time the gaming world at large demands it, Satoru Iwata is there to dismiss. True to form, Nintendo's CEO has again refuted the need for a Wii U price cut, claiming cost is not the issue.

Pointing to the fact (or clutching at the straw?) that the console's Premium bundle has sold more than the cheaper Basic edition, Iwata said the lack of top games, rather than any prohibitive price point, is what's putting off prospective buyers.

"If the price is actually an issue [with Wii U], then there is some contradiction between the current sales balance between the Basic and Premium versions of the Wii U," Iwata told CVG.

"The basic version should have sold a lot, but the fact of the matter is that people are buying more of the premium version. So the issue is not there."

Business fixin' to pick up?

The console-maker sold only 160,000 units in the three months spanning April-June, while retailers are unofficially dropping the price (and the console itself). However, Iwata is convinced business will pick up once more marquee titles hit the market.

"I understand that the real issue is the lack of software, and the only solution is to provide the mass-market with a number of quality software titles," Iwata added.

Nintendo has promised new versions of classic franchises like Donkey Kong, Super Mario World, Super Smash Bros in the next six to 12 months, but third party support is seriously on the wane.

EA has practically abandoned the device and Ubisoft has said there'll be no more Wii U exclusives. The console will get the new Call of Duty: Ghosts game, but there are no plans to launch this year's other big hitter GTA V on the console.