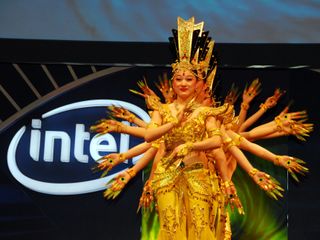 Semiconductor company Tilera is manufacturing a 100-core computer processor that offers four times the power of Intel's Nehalem-Ex, while using a third of the power.

Tilera's new 100-core processor is set for a commercial release early in 2010, with the processor being based around 40-nanometer technology.

"And we can do that while offering at least four times the compute performance of an Intel Nehalem-Ex, while burning a third of the power as a Nehalem."

Will Strauss, principal analyst at Forward Concepts, told Wired that processor manufacturers "can't just keep increasing the clock speed so the only way to expand processor power is to increase the number of cores…it's the direction of the future."

"[But] I don't think an average person is going to run out to buy a computer with Tilera in it," he added.

"Intel has the advantage of being an incumbent, and even if Tilera offered something comparable to Intel's chips, it would take years to catch up."

"If you need huge computing power, say for instance to encode and decode multiple video streams, our processor can do it at much more efficiency than Intel chip or a digital signal processor," says Tilera's Agarwal.

Intel is soon to release the Nehalem-EX chip, an x86 microprocessor with eight cores while AMD is readying its 12-core Opteron chip, code-named Magny Cours.