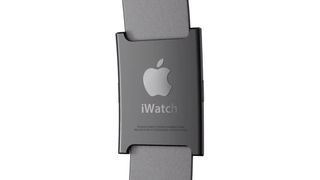 Is Apple building a better battery for the iWatch?

Apple is placing greater emphasis than ever on battery technology to enable its mobile devices to be charged via solar, inductive and motion-powered means, reports have claimed.

The New York Times claims the Cupertino-based company is working hard on building a 'smarter' battery for its iOS devices and perhaps even the long awaited iWatch smartwatch.

Multiple ex-Apple executives told the paper that solar, in particular, continues to be a major focus for Apple engineers.

In terms of the iWatch, solar, inductive and motion charging would allow users to wear the device for longer periods without needing to charge so often.

The company is particularly concerned with inductive charging for the iWatch, which we've seen in the Google Nexus 4 and Nokia Lumia 920 in recent times.

Those handsets charge the device by placing the devices on a wireless plate, but Apple is working on tech that would allow the charging to take place wirelessly via electromagnetic fields.

The iWatch is expected to arrive at some point this year. Will Apple introduce some new battery tech? Let us know your thoughts in the comments section below.