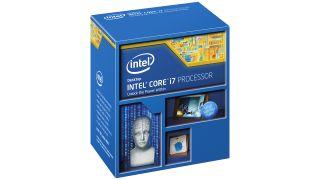 Aussies like meat pies, beaches and new tech... in no particular order.

While plenty has already been said about Intel's new Haswell 22nm processors, it can't be denied that the new processors are better suited to ultrabooks, tablets and other "two-in-one" designs.

Greg Bryant, Intel's vice president and general manager for Australia Pacific, believes the influx of form-factors for tablets and ultrabooks is well suited for the Australian market.

"One of the things I do love about Australia... [they are] extremely savvy consumers. It's a market that I use as a benchmark for consumers, retailers, latest trends," he said at Intel's launch event for the fourth generation processor in Sydney on Wednesday.

And Aussies will have a gamut of choices, with Bryant noting that more than 30 new devices with the new processor should hit the market this year.

It's all about computing, not computer

Earlier this year, Intel confirmed that it would be winding down its desktop motherboard division, shifting its focus on ultrabooks and laptops.

Research firm IDC has found that so far this year in Australia, PC shipments have fallen 21 per cent year-on-year, according to CIO.

However, when asked about the future of the slowing desktop/PC market on Wednesday, Bryant said that for Intel, it wasn't just about computers.

"They way we look at it is ... hey, we have to focus on personal computing, not the personal computer ... In Australia, across all devices, [the market] is up 20 per cent," he said.