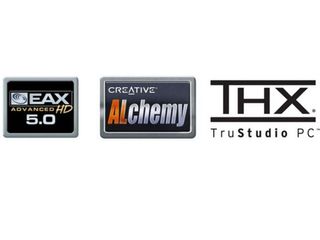 Big Bang – and it can certainly make one

MSI has announced its next generation 'Big Bang' gaming motherboard – and it's the first to carry THX TruStudio PC audio technology.

According to MSI, Big Bang is the first ever mobo to implement THX TruStudio PC with Creative EAX advanced HD 5.0 audio technology.

What does that actually mean? Well THX TruStudio PC provides a whole of host of audio tech from the brains at both THX and Creative.

"Together, these technologies deliver the fullest audio experience for music, movies and games, while remaining true to the intention of the artists who created it," adds MSI.

"Creative, as many know, is a range of audio products specifically designed and co-developed with the world's most prolific gaming enthusiasts," said MSI Marketing Director Jason Lee.

"As a leading motherboard manufacturer, MSI is proud to become the world's first to include their most advanced THX TruStudio PC & Creative EAX Advanced HD 5.0 audio technology into our upcoming gaming line called Big Bang.

"We consider Creative to be the best gaming audio provider worldwide and believe our co-operation will redefine the listening experience among the gaming community."

THX is, of course, best known as part of George Lucas' empire, and the brand is pushing to become more relevant in the gaming market.

"THX TruStudio PC lets gamers realise the sonic detail and impact of in-game sound elements as they are captured by game developers in the mixing studio. Whether you are listening to multi-channel games or stereo-based digital music, THX TruStudio PC elevates your entertainment experience."