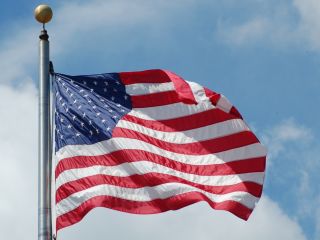 Brace yourself for the digital Inauguration Day

Washington DC will be the focus of the world's media next Tuesday for Barack Obama's Inauguration as the 44th President of the USA - and that means it will also be home to some cutting edge technology.

The Department of the Interior is responsible for all streets but one entering the downtown Mall area where the parade and ceremony will occur.

It plans to oversee the event using a wall-sized display of flat-screen LCD monitors called the OptiPortal, made by the Electronic Visualization Laboratory (EVL) at the University of Chicago.

A 35-megapixel image on the wall measures four by eight feet, allowing viewing and discussion by a large group of planners, as well as instant fly-throughs using software called Magic Carpet.

"Magic Carpet is essentially Google Maps on steroids," says EVL co-director Jason Leigh. "It's designed to run on a large cluster of computers that drive the OptIPortals, letting you take this high-resolution, multi-resolution imagery and pan and zoom through it quickly."

As well as real-world images, security and transport planners will be using sophisticated visualisation software developed by the University of Maryland.

Making sure they don't miss the bus

It can present the data in both two and three-dimensional graphical formats, creating a life-like simulation and display.

Security will be top priority of course, with the FBI outfitting over 100 teams with specialist hazardous material equipment, hostage rescue kit and GPS systems. There's even a standby cellphone system in case the mobile network is overwhelmed by the estimated 1.2 million partygoers.

You can follow the Inauguration live on HD streams from the Harris Corporation at www.harris.com/feature/inauguration, where you can also see a 3D fly-through of the parade route.

Americans can also text EVENTS to 56333 to find out about celebrations in their area, use an National Public Radio iPhone app to geo-tag images and sound-bites from the crowd, or update their Facebook status while watching CNN's coverage online.

Obama may be the nation's first 'digital' President, but he's not starting out as its greenest. The brand new 2009 Cadillac Presidential Limousine that will carry him on his journey to the White House has mobile office technology, a 5-inch protective covering around its body, bulletproof glass and a fortified interior to combat a chemical attack - but sadly no hybrid, bio-fuel or hydrogen-powered engine to get him about.