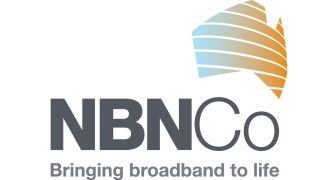 While news emerged yesterday that the entire NBN Co board put in their resignation, new reports today are confirming that Communications Minister Malcolm Turnbull had asked for the resignations.

It is seemingly one of the first things that Turnbull did, having made the request for the resignations on Thursday, a day after being sworn into parliament, and before an NBN Co board meeting last Friday.

Turnbull has long been highly critical of the NBN Co, blaming executives and the board, in particular chairwoman Siobhan McKenna for the delays and cost blowouts of the national broadband network (NBN) project.

Brad Orgill is the only board member who did not tender his resignation yesterday, according to a report from the Australian Financial Report.

With the NBN Co board clearing out, Turnbull is looking to appoint Ziggy Switkowski as the new chairman, saying earlier this month that "[Switkowski] would be very well qualified to be chairman of the NBN Co".

Turnbull is expected to ask current NBN Co board members Kerry Schott and Alison Lansley to stay on, according to the AFR, with the three taking on the immediate management of the NBN project until more directors are appointment over time.

A minimum of three is required for the board, with Turnbull needing approval from the Prime Minister's office to appoint board members.

This three-man NBN Co board is expected to take charge of a strategic review of the current state of the NBN within the next two months, before the NBN Co decides on how best to change the previous fibre-to-the-premises network to the new government's fibre-to-the-node plan.

The new board will also be required to renegotiate with Telstra for access to its copper network and ducts.