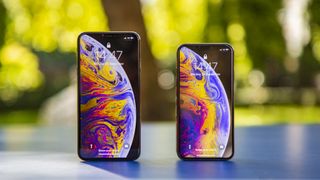 Apple has had a bumper year – again – according to its latest earnings report.

The Cupertino company has pocketed a total revenue of $62.9 billion – over $10 billion more than last year. And it’s all down to the tech giant’s premium iPhones, even though Apple sold no more than what it did last year.

As we saw last year with the iPhone X, the company’s premium devices seem to be a double-edged sword for Apple’s earnings. While overall iPhone sales have stagnated, Apple has increased the average selling price of its handsets by 28%.

If you’re looking for numbers – Apple sold 46.9 million iPhones in the quarter ending 30 September, compared to the 46.7 million units sold in the same quarter last year.

The company’s other devices didn’t fair well either – iPad sales have dropped 6% year-on-year, while Mac sales slumped by 2%.

This has led Apple’s CFO Luca Maestri to announce the company will be changing the way it reports its earnings, causing its stock prices to slump by 7%. Apple will no longer reveal the number of units it sells, starting with the December quarter.

“A unit of sale is less relevant to us today than it was in the past,” Maestri said, which seems fair, given consumers are willing to spend top dollar on premium devices.