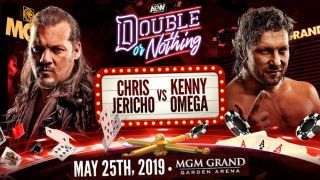 Move over WWE because there’s a new wrestling outfit in town. For the first time since 1988 when World Championship Wrestling (WCW) was formed, a new wrestling promotion called All Elite Wrestling (AEW) has emerged to challenge the WWE’s supremacy. And if you're hoping to live stream AEW Double of Nothing, then you've come to the right place to discover how.

The new promotion began when Cody Rhodes and the Young Bucks (Matt and Nick Jackson) held an independent professional wrestling event called All In last September. The event sold out in 30 minutes and drew the largest crowd for a non-WWE wrestling event since the WCW. After All In’s success, Jaguars co-owner Tony Khan stepped in and together with Cody Rhodes, started an all new wrestling company on January 1 of this year.

AEW Double or Nothing - when and where?

All Elite Wrestling’s inaugural event, Double or Nothing will take place this Saturday, May 25 at the MGM Grand Garden Arena in Las Vegas.

The Buy in pre-show, will begin at 7pm ET (4pm PT, 12 midnight BST). The main card of Double or Nothing will begin an hour later at 8pm ET (5pm PT, 1am BST). With seven matches on the card - expect the event to run for at least three hours.

Now AEW is set to hold its inaugural event Double or Nothing at the MGM Grand Garden Arena in Las Vegas. Before the main card kicks off, the hour long Buy In pre-show, which will be streamed live on AEW’s YouTube channel and on Bleacher Report Live, will see Kip Sabian take on Sammy Guevara as well as a 21-man Casino Battle Royale where the winner will earn a future world title shot.

There will then be a total of seven matches on the card including SoCal Uncensored vs Cima, T-Hawk & El Lindaman, Cody vs Dustin, The Young Bucks vs The Lucha Brothers and more. However, the main event will see Kenny Omega go up against the legendary Chris Jericho.

Will All Elite Wrestling’s first big event be as successful as All In was? Will the new promotion finally give the WWE a run for its money? It’s likely to be an event to remember and we’ll show you how to watch a AEW Double or Nothing live stream from anywhere in the world so that you don’t miss a minute of the action.

Live stream AEW Double or Nothing from outside your country

Scroll down if you’re reading this in the US, Canada or UK - we’ve described you’re watching options in more detail down there.

But if you’re abroad this weekend and unlucky enough to be in a country where the only way to catch the wrestling is via some dodgy, illegal stream you’ve found on Reddit - or if you discover your home coverage is geo-blocked where you are - then we have a top tip to get a much better way to watch.

1. Express VPN (comes with a 30 day money back guarantee) Simply put, this is our pick as the #1 VPN in the world right now. You can watch on many devices at once including Smart TVs, Fire TV Stick, PC, Mac, iPhone, Android phone, iPads, tablets etc. Check out Express VPN and get 3 months FREE on an annual plan.
2. NordVPN: SmartPlay tech makes NordVPN a great, affordable choice for streaming
3. IPVanish supports up to 10 devices, so great on the go

How to watch AEW Double or Nothing: USA live stream

The Buy In pre-show will be streamed for free live on both All Elite Wrestling’s YouTube channel and on Bleacher Report Live (B/R Live).

Canadian wrestling fans are in luck as Bleacher Report Live will also show AEW’s Double or Nothing in Canada. The PPV event will be priced the same as it is in the US at $49.99. Alternatively, you could also watch Double or Nothing on Fite TV for the same price with the option to rewatch the event for 45 days.

How to live stream AEW Double or Nothing in the UK

If you live in the UK and want to watch Double or Nothing on your TV, ITV Box Office has you covered. You’ll have to order the event through either Sky, Virgin Media or tvplayer and it will cost just £14.95. If you’d rather stream the event on your desktop, mobile or streaming devices, you can also watch it on Fite TV for the same price.