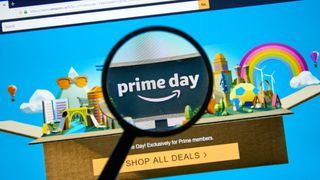 Amazon Prime Day is officially wrapped up and, as expected, it was a record-breaking event. With over 175 million items sold, the 48-hour sale proved to be bigger than Black Friday and Cyber Monday combined.

But before we start looking forward to Amazon Prime Day 2020 or even Black Friday 2019, here's a recap of the big summer sale event.

Our main Prime Day page included the best hand-picked deals available during the sale event,and our team published over 200 articles highlighting best-selling items that were priced at an all-time low.

Here's our recap of the best and worst of Prime Day 2019 along with the most popular deals available during the 48-hour sale.

Like we mentioned earlier, this year's Prime Day sale was the largest shopping event in Amazon history. Prime members worldwide saved more than a billion dollars throughout the two-day sale.

It was also the longest sale in history, lasting a record 48hours - which was 12 hours more than the previous year. Never to outdo itself, Amazon surprised everyone and started large parts of the sale a day earlier on the Sunday, unofficially making it a 60-hour event.

Amazon celebrated this year's sale event with a first-time concert exclusively for Prime members. The Amazon concert was headlined by a certain Taylor Swift and was available to stream on Prime Music or Prime Video, part of a promotion to not only get customers excited for the two-day sale but to also increase Prime membership signups.

Amazon reported that it welcomed more new Prime members on July 15 than any previous day, the 48-hour event marking the biggest days ever for member signups.

What were Prime Day's best-selling Devices?

Millions of Alexa-enabled devices were purchased during Prime Day 2019, marking it the biggest event ever for Amazon devices.

The top-selling device deals worldwide were the Echo Dot, Fire TV Stick, and 4K Fire TV stick. It was also a big day for Fire Tablets, and Alexa devices with screens were also popular this year, with products like the Echo Show and Echo Show 5.

The Ring and Blink devices were showed strongly this year with double the amount purchased compared to last year and with first-time discounts on the Blink XT2 home security kit.

What products sold the most on Prime Day?

A surprisingly popular item last year, Prime members purchased more than 200,000 LifeStraw Personal Water Filters at this year's sale event, making it a top-seller in the US for the 2nd year in a row.

Around the world on Prime Day, best-sellers included the Nintendo Switch, iRobot Roomba, Sony PlayStation Classic Console, and the JBL Bluetooth Speaker to name a few.

Before we look forward to Amazon Prime Day 2020, we've listed the best deals from this year's sale below. While nearly all the items are no longer on sale for the prices we saw during the July sales period, you can see what sort of bargains to expect in 2020.

You can also get a sense of what deals will be around for Black Friday. While Amazon's own devices are usually saved for Prime Day, you'll still see all-time-low prices on several other items throughout the site.

The 3rd generation Echo Dot was on sale for just $22 during Prime Day. That's the lowest price we had ever seen for the smart speaker that plays music, answer questions, checks the weather, and more with the command of your voice.


A Prime Day best-seller, the Fire TV Stick was on sale for just $14.99 during the 48-hour sale event. That's a $25 discount and the lowest price we've seen for the streaming player that features an Alexa voice remote.


The popular 4K Fire TV Stick was 50% off during Amazon Prime Day. The streaming player includes an Alexa voice remote and allows you to stream your favorite content in 4K resolution with HDR too.


If you owned an Alexa-enabled device, you could ask Alexa to order an Amazon Smart Plug for just $4.99. The smart plug turns any appliance into a smart one so you can use your voice to control the device.


A best-seller every year, the Ring Video Doorbell was on sale for $69.99 at Amazon. That's the lowest price we've seen for the Wi-Fi enabled doorbell that sends you alerts when motion is detected.


The best-selling Prime Day Fire tablet was on sale for $34.99. That's a $15 discount for the 7-inch tablet that works with Alexa and features 8GB of storage.


A popular Prime Day bundle deal, you could save $50 on the Ring Pro doorbell and receive a free Echo Dot. That's a total savings of $100 for the Alexa-enabled devices.


The Ring Alarm has always been a best-seller during Prime Day and this year the 8-piece security system was on sale for $144. That's the lowest price we've seen for the home security system that will alert your phone when doors or windows open, or when motion is detected.


A fantastic Prime Day TV deal, Amazon had the Toshiba 43-inch 4K UHD TV on sale for $190. That's a $140 discount for the smart TV that has the Fire TV experience built-in.


The popular robot vacuum allows you to use the iRobot app to clean your floors from anywhere. The iRobot Roomba was $145 off during the Prime Day shopping event.


The Instant Pot DUO60 was down to its lowest price ever for Amazon Prime Day. The popular pressure combines seven kitchen appliances in one and and includes 1000+ recipes and guides from the compatible app.


What did Amazon's rivals do on Prime Day?

Prime Day wasn't just a success for Amazon - other online retailers joined in on the shopping holiday with their own mid-summer sale. According to Retail Dive, large retailers (those with one billion dollars or more in annual revenue) rose 64% compared to an average Monday, which is up from last year's 54%.

This year Walmart tried to compete with the tech giant, promoting their own summer sale that lasted all week rather than just 48-hours. Named 'The Big Save Sale,' Walmart discounted several popular items throughout their site and price matched many of Amazon's top deals. Walmart also discounted Google Home devices, which aren't available on Amazon's website. Walmart's sale also had a slight advantage over Prime Day because unlike Amazon, the deals were available to everyone with no membership required.

Other retailers that joined in on the sale event included Macy's, Best Buy, Target, and Home Depot. eBay even promoted a competing "Crash Sale" that would take place if Amazon's site crashed as it did during Prime Day 2018. While Amazon's website didn't crash, it did experience technical difficulties which led to eBay unlocking new deals.

Did anything go wrong on Prime Day 2019?

While Amazon's site didn't crash during Prime Day 2019, it did experience some technical issues. For the 2nd year in a row Prime members had problems checking out during the early hours of Amazon's sale.

Several customers complained that they received an "Add to Cart Failed" message when trying to check out. This occurred when Amazon Prime Day officially launched on Monday, and the issues seemed to be fixed later on that day.

When Prime Day launched 12 hours before the official start time, the TechRadar team also had problems with Amazon's own device deals.The sale price was listed on the item, but once you added the device to your cart, the discounted price would disappear.

This issue seemed to work itself out, but it's still an annoyance that Amazon was still experiencing issues when last year's crash made headlines around the world.

What does all this mean for Black Friday?

While Black Friday right now seems eons away, retailers are already preparing for the post-Thanksgiving sale. Black Friday is different from Prime Day, in that it's not exclusively for Amazon Prime members, and almost all online and local retailers participate in the peak shopping event.

Come Black Friday we expect to see record low prices on TVs, consoles, headphones, and tablets. Since Black Friday is right before the Christmas season, you can also find massive savings on gift ideas that include the hottest toys, popular kitchen appliances, and in-season clothing items.

Amazon's own devices will also get a decent discount, but you probably won't see prices go any lower than you did on Prime Day 2020. It's still a fantastic time to snag deals on Echo devices, Fire tablets, and streaming players.

What is Amazon Prime Day?

Amazon Prime Day is a mid-summer sale event where Prime members worldwide get exclusive deals on a number of best-selling items. Prime members can expect to see record low prices on Amazon's own devices that include Alexa enabled speakers, tablets, and smart home items. You can also find discounts on a variety of categories throughout its site with third-party merchants save their best deals for Prime Day.

Prime Day is not only a "thank you" for paying to be a member, but it's also an incentive for people to sign up so they can't shop the exclusive sale. Amazon allows users to sign up for free 30-day Prime membership trial in hopes that you'll convert to a regular member. This is a brilliant promotion on Amazon's part with a record number of people signing up during the two-day sale event.

Ever since Amazon acquired Whole Foods, the grocery store has also joined in on the Prime Day event. Members can not only save on grocery items during the 48-hour sale, but you can also earn money to spend during Prime Day. Leading up to the 2019 sale, the grocer offered a $10 credit to use during Prime Day if you spent $10 at Whole Foods.

While we won't know the exact date of Prime Day 2020 until a month or so before, we can take some educated guesses based on past events. Amazon Prime Day 2020 will most likely be held on July 13 and 14 if they stick to this year's 48-hour length.

Because the tech giant extends the time of the sale every year, we could see Prime Day 2020 lasting longer than two-days and potentially starting on Sunday the 12 of July. We think (and hope) that the tech giant will stick to the sensible 48-hour length and might surprise us again by starting some deals the day before.