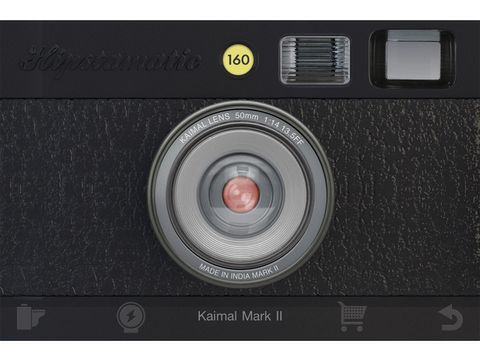 Neat nostalgia trip for photographers, but can be a slouch

While Camera+ has a few effects that do a credible job of giving your photos the low-fi hipster look, if you're really going to go for it then you're going to need to call in the big guns. In this case, Hipstamatic.

The app is dedicated to the fun of recreating plastic toy cameras of the past. You can mix and match between a wide range of lenses, flash effects and film stock – a few are included, though you can buy more inside the app itself – to create low-fi photos that look terrific.

For the £1.19 entry price you get the base model, the Hipstamatic 150, which includes the John S, Jimmy and Kaimal Lenses, as well as Blanko Ina's 1969, and Kodot Verichrome film and two standard flashes. Extra lenses, films and flashses start at 59p a pop.

The interface Hipstamatic uses is well worth a mention, since it's lovely. Rather than choosing from a boring list of options, you swap lenses by swiping your finger horizontally over the actual lense of the camera (shown in the picture above). Tapping on the lens itself will give you information about the type of effects it can generate and some tips on its use.

The same swiping process works for your film and flash choices as well. All the photos you take can be previewed in the app, but appear at full size in your Photos app.

The hipster aesthetic and mindset might get to you after a while – the processing time for pictures seems artificially long, just for show, and you can't edit normal photos that you've already taken (although an update to the app is planned that will allow this), but there's no doubt it's a lovely, fun idea.

All the pictures you take have a artistic, quirky and fun character.