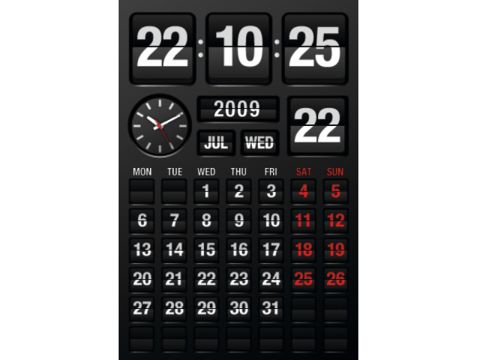 At just 59p, if you're a fan of the analogue, retro styling of FlipTime, this is a bargain

FlipTime caught our eye, and though it's hardly the most feature-packed app ever developed, it is charming – and while mean iPhone users might balk at forking out even 59p for something so throwaway, we say the care that has been lavished on the interface is worth rewarding.

It's essentially a software version of an old flip clock. As the seconds, minutes, hours and days march past, the cards flick down to update – and all with a satisfying (though optional) clack.

It overrides your auto-lock settings too, so you can dock it and use it as a sweet clock for your desk or bedside.