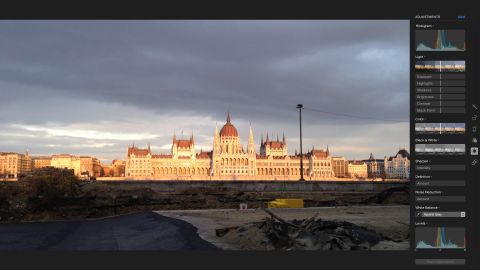 Forget Aperture. It's gone, and Photos is in no way a replacement. But if you judge it as a simple and effective 'lifestyle' tool for people who take pictures, it is actually rather good. In the end, it's iCloud and its limited free storage that holds it back.

27 June 2014 is the date when everything changed. This is when Apple announced it was pulling the plug on its two photo-editing applications, iPhoto and Aperture and replacing them with a single new Photos app.

To be fair, iPhoto was starting to show its age, so no-one was very worried about that. A new photo editing application was hardly likely to be dumbed down any further and a redesign and integration with Apple's new iCloud Photos could be just the thing to reinvigorate the Mac's default photo organizing application.

The death of Aperture was another thing entirely. To be fair, Aperture never really got the credit it deserved. Too many folk were focused on the editing tools, which were always a step behind those in Adobe Lightroom. But editing tools in a photo organizer aren't there to replace Photoshop, plug-ins or any other dedicated image-editing tools. Some photos would just need the handful of tweaks that Aperture could provide, while others would need to be sent on to a dedicated software app for the full treatment. That's true even for Lightroom, Aperture's deadly rival.

What nobody 'got' about Aperture was its inspired photo management tools. If you've got a big image library that's getting bigger all the time, you need a simple, flexible, versatile and fast way to keep track of your images. Aperture made (and still makes) Lightroom look clumsy.

Aperture had three special tricks. It let you store Albums alongside Projects (the equivalent of folders), where Lightroom, infuriatingly, splits them up. Aperture 'stacked' related images globally, so that they stayed stacked whatever Album or Project they appeared in. Lightroom doesn't – in Lightroom, 'stacks' only exist within the Folder or Album they were created in, and don't exist at all in Smart Albums. Lastly, the Aperture interface was clean, fast and bright. By contrast, the Lightroom interface is complex and oppressive.

So a lot of Aperture fans were understandably worried about what this new Photos app might retain of the Aperture DNA and, specifically, its organizing tools. Apple took the unusual step of showing users how to migrate their Aperture catalogs to Lightroom (hardly a good sign), but a lot of folk still hung on to see whether the new app could replace Aperture.

Well, we might as well get this out of the way. No it does not. Sorry. Aperture has gone, and everything that was great about it has gone with it.

So what is Photos really?

In reality, Photos is at exactly the same level as iPhoto. It's clean, modern and integrates neatly with the Photos iOS app and the iCloud Photos website – all you have to do is log into your iCloud account in your browser and click the Photos button. You might also have to do a little waiting if this is the first time you're hooking up Photos with your existing iOS devices and your iCloud account.