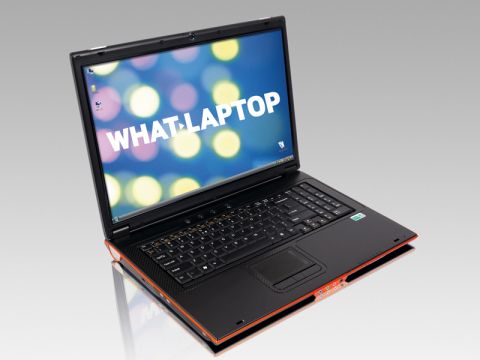 In use, we found the Nosferatu stunning

A staggeringly powerful machine, but your wallet won't like it

Gaming laptops are currently all the rage with manufacturers as they allow them to experiment with designs and fit the best components money can buy.

The DPC Tech Nosferatu (£2243 inc. VAT) is in many respects a checklist of what to look for in a cutting-edge machine.

Can handle any game

The body is made from plastic and magnesium-alloy and feels great to the touch. This is a big laptop weighing in at 4.2kg and uses the space well. As such, it isn't designed for life on the move, but away from mains power you can expect a battery life of around 128 minutes.

It has a 17-inch Super-TFT screen with a native 1920 x 1200-pixel resolution, so you can play the latest games in full resolution.

In order to do this you'll need a great graphics card and there is no finer example at the moment than the nVidia GeForce 8800M GTX.

With 512MB of dedicated DDR3 memory, this card offers close to 40 per cent better performance than the previous generation GPU and can handle virtually every game with all effects switched on.

In use, we found it was stunning. It handles not only games, but also everyday tasks with ease. This is due to the use of an Intel Core 2 Duo T7800 processor, which runs at 2.6GHz, as well as the 4096MB of system memory, the most the motherboard can handle.

Even the hard drive has been optimised, as the 200GB disk spins at 7200rpm, the fastest currently possible in a laptop.

It's not all great news, as we did find the build of the machine was let down by a less than perfect keyboard. The keys are individually mounted, but there is a fair degree of rattle as you type, which doesn't give you confidence they will last through long hours of gaming.

When it comes to extras, you'll find a decent array installed. The webcam is a standard 1.3-Megapixel unit, while the built-in TV Tuner is a hybrid analogue/digital adaptor.

Sound is handled by stereo speakers on the side of the case and a sub-woofer on the base. Sound quality is certainly better than average, but serious gamers will still want to add external speakers when at home.

With two fans on the base of the unit, this laptop remained cool to the touch, even after long periods of use, which is an impressive feat for a machine with this amount of technology inside.

The DPC Tech Nosferatu isn't an everyday laptop for the average user, as the asking price will deter many from giving it more than a casual, or envious, look.

However, as an example of a single-GPU based system, it's certainly an impressive piece of kit.