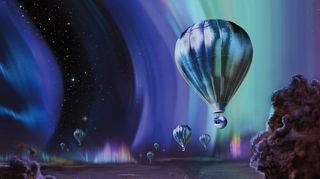 A studio at NASA's Jet Propulsion Laboratory (JPL) has released more of its stunning Visions of the Future space tourism posters.

After an initial three were made available for download and printing Monday, 11 more were added to the roster. The posters imagine what being a space tourist to far-off planets like Venus, Jupiter and Kepler 16b, as well as Ceres, the "Queen of the Asteroid Belt," Titan, Europa and more celestial spots would be like. Some of the posters are from the Exoplanet Travel Bureau series released last year.

Even Earth has its own poster, perhaps to entice extraterrestrials to plan a trip to our home planet?

The posters are in an art deco style and are pretty enough to literally hang on your wall, but, being NASA, there's some education mixed in. Each of the posters has an informational blurb about its subject, making for the perfect blend of science and creativity.