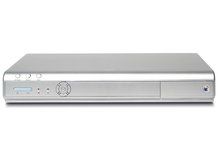 BT Vision box...can you see any kids' advertising on it? NO.

A survey by BT Vision has found 75 per cent of parents want ads banned from children's TV shows in order to protect them from pushy brands forcing products on them.

Admittedly, the company is publishing such research to 'back up' its decision to keep ads away from its kids TV shows.

But we love the fact that of the 75 per cent of parents in favour of a ban, just under half also dislike the ads because they lead to pestering.

Around 58 per cent of parents also admitted they had been pestered so severely they had been pressured into buying the thing their kids saw on TV... although surely that says more about the weak-willed nature of the adults being unable to just say 'no' to the latest request for Barbies, or whatever it is kids want these days.

In fact, the heartbreak at TechRadar was compounded when it was revealed that over half of Britain's children spent up to six hours a day watching TV over the summer holidays, literally wasting their childhood when they could be outside playing on bikes or fishing in nearby streams.

Child psychologist Dr Pat Spungin said of the survey: "Children are impressionable and hence susceptible to advertising; I think the TV companies should take a responsible approach to advertising during programmes that are popular with children.

"On their part, parents who talk to their children about advertising can help them become more 'media savvy'."

Which is what we all dream of for our offspring at some point or another...