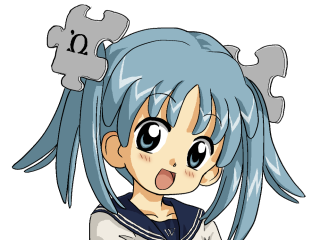 "I am no longer interested in three dimensions. I would even like to become a resident of the two-dimensional world… At the very least, would it be possible to legally authorise marriage with a two-dimensional character?" reads Takashita's petition

A Japanese man has launched an online petition to permit human beings to marry their favourite comic characters. Taichi Takashita's campaign has so far received the support of over 1,000 signatures, the Metro reports.

One person in favour of the proposed law wrote: "For a long time I have only been able to fall in love with two-dimensional people and currently I have someone I really love.

"Even if she is fictional, it is still loving someone. I would like to have legal approval for this system at any cost."

The news comes days after a woman was jailed for 'murdering' her virtual husband after he divorced her during an online game.

In other strange news from the last seven days, French scientists have harnessed technology from satellites and aeroplanes to create an artificial heart that they claim "responds better to the human body".

Allegedly the first to be able to determine and respond accordingly to a patient's needs, the new device has so far only been tested in animals. It's hoped that it'll eventually be capable of helping people survive without needing a heart transplant.

Meanwhile, a British train operator has taken the concept of the 'quiet carriage' to the next level by coating the windows of some coaches with a hi-tech film that blocks phone signals.

It's a technique developed by US scientists to stop strangers "tapping into sensitive internal wireless communications". And one that could prevent persistent passengers from yapping away in quiet zones for good.

Although mobile phone jamming devices are still illegal, operator C2C has been able to implement the tech because travellers have to agree to the terms and conditions of quiet carriages to sit in them. The move has received widespread support.

This week we have been mostly appreciating California-based Peltier Station's attempts to get around a rule imposed by the European Union, preventing wineries from using the word 'port' on their wine unless it has been made in Portugal. Cue some inspired packaging for a bottle of dessert wine, substituting 'port' for 'USB'. The roots displayed on the label image even resemble the USB sign. Cheers… loophole.

Fireman were forced to cut free a passenger onboard a French train at the weekend whose arm was sucked down the high-speed TGV's toilet. According to reports, the 26-year-old victim fell foul of the suction system when he tried to retrieve his mobile phone, after dropping it into the toilet bowl.

Fellow passengers were delayed for two hours while firemen detached the unit. The man was carried away on a stretcher by emergency services, with the toilet still attached to his arm.