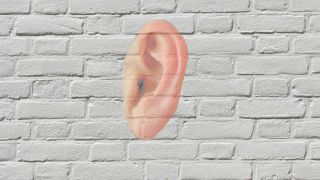 Homes are getting smarter by the day.

Still using wearables to monitor your breathing and heart rate? That's all a bit early 2015, isn't it? The very latest tech can track you from the walls of your home instead: it's called Vital-Radio and it's been developed by researchers at MIT.

In their paper "Smart Homes that Monitor Breathing and Heart Rate" the scientists set out the details of the system. Low-power wireless signals are beamed out and the reflections that come back can be used to identify human beings and monitor their vital signs.

Apparently the technology accurately measures breathing and heart rate around 99 percent of the time from a distance of 8 metres. What's more, multiple people can be monitored simultaneously, and you can be moving around or sitting still.

Vital-Radio might sound a little creepy but it could make a big difference in monitoring babies or elderly people who don't necessarily want a Jawbone or Fitbit strapped to their wrists. It also means you don't have to remember to put your Apple Watch on in the morning.

Further out the smart tech could eventually watch for changes in stress levels: cabin crew could look out for particularly flustered passengers on flights, and so on. Helping search and rescue teams find survivors is another potential use.

The system still requires plenty of work before you'll be able to actually install it in your own home, but it points to a future of ambient, always-on health monitoring where you can be diagnosed from the comfort of your own sofa.