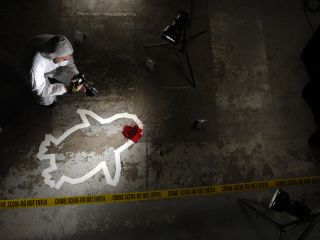 Are we facing the death of the open source software and hardware tinkering?

My weekend was spent rediscovering three misspent parts of my youth. The first involved DIY PC construction. I built an ultra-quiet, living-room-friendly PC based around an oldish Core 2 Duo and a passively cooled Nvidia card feeding HDMI through my amp. It wasn't expensive or difficult to put together, but it was a lot of fun.

It's been a while since I sourced pieces of kit like this and put them all into a new box. The first time was somewhere in the mid '90s, back when you could save a fortune by buying parts online and sticking them in a beige PC case.

As I recall, it nearly always ended up with 'beep, beep, beep' from the BIOS, followed by hours of frustration as you cursed yourself for screwing the parts in before testing they all worked. This time, everything held together on the first go, although I had a little trouble squeezing an ATX motherboard into the space designed for a microATX board.

The next step was to install Linux, and my distro du jour is called Arch. What's great about Arch is that it gives you complete control over what you install and how everything on your system is configured. It's a brilliant choice for a machine you know isn't going to use many of the services that are running on a typical Linux installation. This machine wasn't going to be a server, for example.

But the best thing about Arch is that the installer is an austere text menu, complete with cfdisk for partitioning duties and a section on raw device assignment. It feels just like Linux from 1998.

Fortunately, installation isn't as hard as the looks imply, mostly thanks to the Arch wiki, but it is something to be experienced, especially if you've forgotten why you might have got into Linux in the first place.

When you see your own desktop for the first time, there's a great feeling of accomplishment. Linux always used to be like this in the '90s, albeit with added pain and less forgiveness. There would be a struggle to find hardware that would work, a medium to boot it off and then you had to run the configuration gauntlet. All of this was without an internet connection for extra packages or online help. My Red Hat 5.2 configuration took me months to refine.

Finally, my weekend mission came to applications. This was a machine I wanted to run old games on, so I installed a clutch of emulators and tried out as many TV-friendly front-ends as I could find. Then I dragged a couple of bar stools in from the kitchen, plugged in a pair of PlayStation 2 controllers through a USB adaptor and proceeded to spend hours soaked in gaming nostalgia.

It was good, not only because many older games are still brilliant, but because the whole experience was a flashback to when I did more projects like this.

This is what computers used to be - platforms for experimentation, things to mess around with, reverse engineer and push back together again. This is what made computing fun. And what worries me is where the next generation are going to get theirs without resorting to hacking into banks, gaming networks and foreign intelligence services.

This problem is compounded by the direction technology is moving. For example, most hardware is now locked down in some way by the manufacturer and you face all kinds of legal uncertainty if you choose to break it yourself. Experimenting with your own kit means experimenting with the law, at least in some territories.

And data moving to the cloud isn't much fun either. It's convenient, of course, but hardly hackable. If the future is dominated by the likes of iOS, Chrome OS, iCloud, Gmail, Google Docs and Office 365, then it's hardly surprising that wayward IT adventurers are going to try to push the boundaries of online security. It's the 21st century equivalent of copying a game tape-to-tape.

We still have PCs, Linux, Arduino, free software and a thousand different open source projects to get involved in. But it's not this generation I'm worried about, it's the next - the potential computer scientists being born into a world where technology's locked down and experimentation is discouraged.

We need to counterbalance this growing control and it should start with education. This is why initiatives like David Braben's Raspberry Pi embedded Linux device are so important. As he says in his promo video about the devices, "In theory, they could be given away to the child."

And if children were taught as much about the hardware as about the software, they too will be able to waste whole weekends on nostalgia.