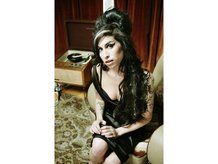 A report on the music downloading habits of UK consumers has found that a warning issued by ISPs would be enough to stop three quarters of illegal downloaders.

The report surveyed 1500 consumers, and found that while illegal downloading is still rife, a large number are also going 'straight' and accessing their music from legitimate sites.

"It is quite evident that an ISP-led strategy has bite, because illegal downloaders are fairly convinced that ISPs are currently monitoring their activities and are more likely to act against them than the courts," said Russell Hart, chief executive of Entertainment Media Research, which conducted the study.

The move is encouraging for the music industry, although most of the legal downloading activity comes from over-35s; the 13-17 age bracket is still the biggest culprit for music piracy.

These kids also laugh in the face of the law: around two thirds of them believed their internet habits were being monitored by the ISPs, but they just carried on downloading the Cheeky Girls' hits anyway (that is what kids listen to these days, right?)