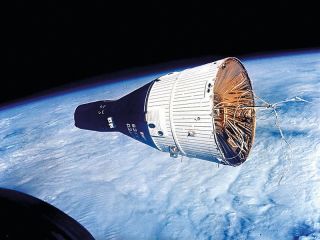 Britain's space industry is booming, according to latest report from Oxford Economics

A new report shows that Britain's space industry is booming, with an annual turnover of around £7.5 billion.

The heartening news that Britain's space industry is growing at around 10 per cent per year comes at a time when many other high-tech industries are still struggling with recession.

The latest "Size and Health" report from the Oxford Economics consultancy (commissioned by the UK Space Agency) adds that jobs in Britain's space industry are growing at a rate of around 15 per cent per year.

Britain is also about to launch Europe's first satellite set to deliver broadband.

The Oxford Economics report was based on the activities of 260 leading companies in the UK space sector.

"We had good anecdotal evidence through the recession that we were doing well but now we have the hard numbers; and it's very positive," said Richard Peckham from EADS Astrium and chair of umbrella group UK Space.

Peckham called for the British government to back the space industry.

"Government has a huge influence through procurement; it's what they buy," he told the BBC.

"We think one of the biggest markets going forward is Earth observation. We're not asking for hundreds of millions of pounds from government, but if they will just aggregate all their requirements then we can build something and go and export it."

You can see the 20-year vision for the UK space industry outlined in the Space Innovation and Growth Strategy (S-IGS) report.