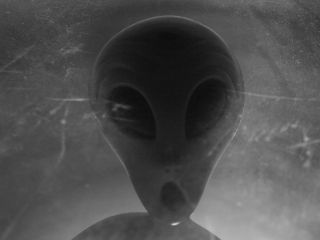 Do the latest revelations from Area 51 veterans put the final nail in the coffin of UFO conspiracies?

Numerous UFO sightings in the US since the 1960s are revealed to have actually been sightings of the top-secret A-12 OXCART spy-plane, according to latest accounts from Area 51 veterans in the States.

Some of the team that worked at Area 51 have revealed lots more about the A-12 OXCART program, a project to build a Mach 3 spyplane at Nevada's Groom Lake. The plane is also known as the SR-71 Blackbird.

Area 51 is both "the holy grail for conspiracy theorists" and the "most famous military institution in the world that doesn't officially exist," notes Annie Jacobsen in a superb piece of investigative reporting in the LA Times this month.

Around 100 miles outside Las Vegas in the desert lie Area 51's "Strangelove-esque hangars" which, "though confirmed by Google Earth, the government refuses to acknowledge."

Ex-Area 51 commander Col. Slater reveals that when he "learned about this Mach-3 aircraft called OXCART, it was completely intriguing to me—this idea of flying three times the speed of sound! No one knew a thing about the program."

The men are finally sharing their stories with the world because the CIA began declassifying the 50-year-old OXCART program back in 2007.

Of course, what everybody really wants to know is what about "the UFOs studied in secret, the underground tunnels connecting clandestine facilities?"

"In talking with Collins, Lovick, Slater, Barnes and Martin, it is clear that much of the folklore was spun from threads of fact," notes the LA Times account, revealing how the shape (and speed) of OXCART was unprecedented and that "the aircraft's titanium body, moving as fast as a bullet, would reflect the sun's rays in a way that could make anyone think, UFO."

In total, 2850 OXCART test flights were flown out of Area 51. Is this the final nail in the coffin of US UFO conspiracies?

(Picture courtesy of Can Berkol, via stock.xchng)