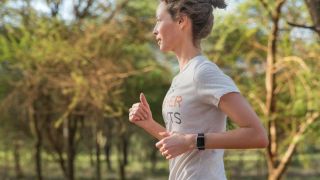 You've won me over, Apple. For now.

"You're definitely an Apple fangirl." This is probably the first thought - likely coupled with a few expletives - some will have after reading the headline, which is understandable.

I can assure you I'm not an Apple android. I've fought the wave of Apple products for a long time. I didn't even know how to use an iMac running Mountain Lion during a college internship. My first tablet was a Nexus 7 and I regularly use the Android-based Shield Tablet. My usual laptop is a Windows machine and I'm happiest with the Windows operating system.

I do have an iPhone 5S, but I didn't do the yearly upgrades and there's no way I would have stood in line for a new iPhone.

But over time, I've begrudgingly accepted the fact that Apple knows how to reel folks in with people-friendly products. The hardware is generally solid and the software is easy to grasp, making it accessible to a large number of users.

Apple has followed this same strategy with its first wearable. Simply put, the Apple Watch gets so many points right that Android Wear gets wrong.

I don't want the Apple Watch for status, name brand or because it's new. I just want the best, most versatile smartwatch I can use with my day-to-day phone. It's as straightforward as that. I can't say that about any Android Wear device I've tried.

I've used plenty of wearables to know they can almost replace my mobile device, but none of them really hit the sweet spot: virtual assistant, taking phone calls, sending text message replies, voice dictation and make NFC payments all on top of the usual notification system and fitness tracking, found in one little device.

I'm not saying the Apple Watch is the perfect smartwatch that's right for everyone, but as it stands, it offers a much richer and fuller array of options that Android Wear sorely lacks.

For starters, the Android Wear operating system itself isn't that great. Voice search has worked well for me but the notifications that pop up feel disjointed and are confusing to sift through. I've resorted to sweeping all of them away, but they always manage to show back up again. This happened on the Asus ZenWatch and LG G Watch R, just to name a few. On top of that, the interface isn't very intuitive and the menus require too much swiping. I applaud Google's efforts in creating a smartwatch OS that works for so many devices, and I understand it's still a work in progress. I just feel like the power of Google Now could be better utilized at this point.

The G Watch R is a nice device but there's no way I'm wearing that bulky gadget every day. The Sony Smartwatch 3 can play audio tracks, which would be a nice feature except syncing has been problematic and doesn't let you pick certain songs to stick on it.

Then there's the Asus ZenWatch: this one's at least a looker, and design-wise, comes closest to Apple's "iWatch." But it's still firmly entrenched within the less-than-stellar Android Wear operating system and doesn't stand out in any other particular way.

The fancier LG Watch Urbane and Huawei Watch options that run Android Wear aren't much better in the looks department, either. They all seem to be catered towards businessmen, with emphasis on the men. Beyond their aesthetics, they don't seem to fit comfortably on a woman's wrist.

Apple took care of this detail by providing two sizes and a decent variety between its Sport, Watch and Edition collection that both men and women can pick up.

Nearly all Android Wear watches have positives, but when compared to the Apple Watch, they each fall short. Whether it's the OS, design or functions, the Apple Watch, at this moment, does it better all housed together behind one watch face.

Of course, I fully expect to experience plenty of downsides with Apple's wrist-ware. It's not waterproof, there's no GPS receiver and I haven't tested out the battery. Plus the price alone is enough of a deterrent for most people.

But if it can do everything Apple claims it can during real-world wear, I'll be happy. I've gone through enough Android Wear watches to feel like they're all pieces to a huge, incomplete smartwatch puzzle. So far, it seems like the Apple Watch can provide the whole picture.