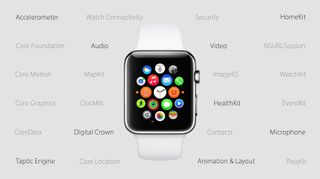 OS 9 is launching today for iPhones and iPads but the new watchOS 2 software for the Apple Watch has been delayed.

Apple revealed in its keynote last week that both iOS 9 and watchOS 2 would be launching today. but now the company has said in a statement that a bug has held the update back.

"We have discovered a bug in development of watchOS 2 that is taking a bit longer to fix than we expected," said Apple. "We will not release watchOS 2 today but will shortly."

The bug doesn't seem to be anything that will impact the iOS 9 launch, and Apple hasn't shared any details on what the bug might be.

Anything that has already been updated on the App Store for watchOS 2 will likely remain available as well given that the release is expected to take place quite soon.