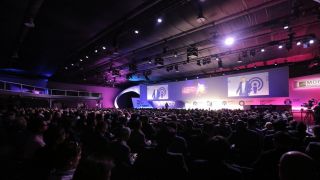 The Xiaomi Mi 7 may not be launched at Mobile World Congress this year. According to a report by Android Headlines citing their source within the company, the Mi 7 will not be making it to MWC this year. Previously, there were rumours that Xiaomi would be unveiling its flagship smartphone during the event in Barcelona.

The source told Android Headlines that the company wouldn’t be making any major announcements, which should mean there will be no new smartphones or devices.

Instead, another tip coming out of Weibo states that Xiaomi will be launching the Mi Mix 2S around the same time as MWC. There are no details on the Mi Mix 2S, but the phone should have the Snapdragon 845 onboard.

Interestingly, back when Qualcomm launched the Snapdragon 845, Xiaomi's CEO, Lei Jun was on stage, announcing that his company would use the chipset in its "next flagship smartphone".

Xiaomi missing a big platform to launch its products is a big deal. Of late, major companies have been shying from showcasing their products in global exhibitions and have been doing dedicated launches.

Rumours surrounding the presence of companies like HTC and LG to launch their flagship products are also in the air.

As Samsung has announced that it will be launching the next Galaxy flagship at MWC, other companies are trying to avoid a standoff. It is speculated that Sony may also bring their flagship smartphone to the MWC on 25 February, the same day Samsung launches the S9. Along with this, Nokia 9 is also expected to make an appearance during MWC.