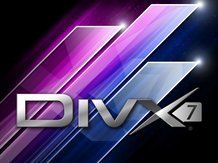 DivX has slowly but surely made itself part of people's HD home cinema setups, with playback for the compression format found in many devices – like the PS3 and on PCs.

Now the company has announced that it is to integrate DivX playback into a new series of LG TVs, courtesy of a USB port.

More than 200 of LG's TVs - including the LH50, LH70, LH85, PS70 and PS80 - have been given direct DivX playback, meaning that users can now access their downloaded HD movies via a USB hub straight to the TV, negating the need of an external DivX-compatible device.

Simon Kang, CEO and president of LG Home Entertainment, said about the news: "Being first to market with digital TVs capable of playing back DivX HD 1080p video is a big win for LG as well as our customers.

"As people expand their DivX HD video collections, they are looking for more convenient ways to watch them on their TVs.

"We've given them the ultimate convenience by building support for DivX HD playback into our digital TVs."

According to DivX, over 100 million devices that support DivX video have shipped worldwide. In January, the company launched DivX 7, which added enhanced support for high-definition video output and surround sound audio.