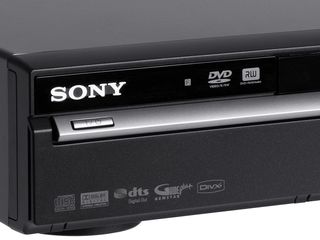 Sony has released details of its new range of HDD/DVD recorders, which it says not only opens up new ways of accessing and enjoying television, but photographs, music and personal video as well.

Hard disk drive (HDD) recording means you can pause and resume live TV even when you are recording. You can also record a new programme at the same time as watching previously stored content.

Advances in the compression technology used in Sony's new range have boosted capacity too, up to a fairly impressive 1,420 hours for the 500GB models (RDR-HXD1070). That's the equivalent of over 500 VHS tapes - or 474 episodes of Neighbours - and at a much higher quality also. Even the 160GB models (RDR-HX650, HX750 and RDR-HXD870) can store up to 455 hours of standard definition TV.

Film fans with large screen televisions can also benefit from HQplus, a high bit-rate recording mode which greatly reduces noise distortion especially during fast motion scenes. Even though HQplus requires more disk space, 73 hours (about 36 feature films) can be recorded on the 500GB models and 23 hours (11 films) on the 160GB models.

Sony's 'Precision Cinema Progressive' technology uses proprietary algorithms to upscale the picture resolution from the original 576i to 720p, 1080i or even 1080p. This results in greater clarity yet with greatly reduced flicker.

"The new HDD/DVD recorders show what can be done when you think in terms of digital media rather than television alone," says Hiro Shinohara, director of Home Video Group, Sony Europe. "Its great strength is that it can do so much, which lets people discover how easy it is to get the most from their digital cameras and music as well as their televisions."

The players are also DivX compatible so you can load downloaded videos onto a DVD and play them back on your TV.