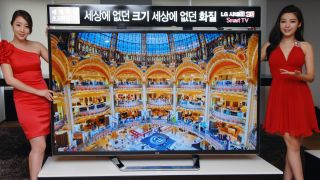 LG has big plans for TV

LG's 2015 smart TVs will get a boost in the form of a new version of the company's webOS operating system, an executive has revealed.

LG Senior Vice President of TV Lee In-kyu told The Wall Street Journal that every smart TV it releases in 2015 will run on the new OS version.

WebOS was previously owned by HP, which sold the platform to LG in 2013.

It's already made it onto some of LG's smart TVs, but "some" will become "all" starting next year.

Details on the next version of webOS, from the update's name to its features, are nonexistent, but LG will unveil it in the new year.

Lee also told the WSJ that webOS may power other smart devices in the home, though again exact details are sparse.

But recall that LG already sells a variety of home appliances, from refrigerators to washing machines.

And as of last year LG were considering using webOS on phones, too, though those plans have not been touched on again.