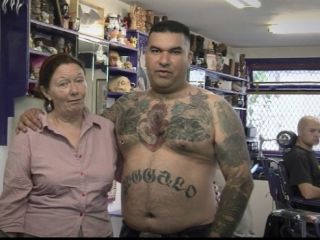 While Apple concentrates its ad spend on bashing Vista, Microsoft is focussing its latest campaign on showing the huge breadth of Windows users.

The new 'Real PC' Windows campaign, which launched during the first live The X Factor show on ITV1, was "deliberately designed to address the misconceptions that our competitors have built around PC users," said John Curran, Windows business lead, Microsoft UK.

TechRadar asked Curran what these misconceptions are, and why they are wrong.

"If you look over the last 12 months there have been a number of things that have come out in the press that I think have been misleading about the Windows experiences," said Curran, who pointed to the Mojave Experiment as an example of one method that Microsoft has used to address these misconceptions.

"I was reading a comment from one of our competitors where they said Vista wasn't living up to expectations and that's just not true. The experiences that people are having with Windows Vista today are fantastic - 90 per cent of our customers are highly satisfied. The same number are excited to recommend Windows Vista to family and friends."

Curran believes that the negative perceptions were able to spread in part because Microsoft didn't rebut them. "To some extent we've been silent too long," admits Curran. "We removed ourselves from the conversation and so it was only folks with a vested interest to the contrary who were out there talking, and so they more or less defined the discussion and what people were hearing.

"And when we looked at that, we said that's something we need to address, we need to be more engaged in this conversation, we need to give a voice, an outlet for all the people who are having a great time with Windows and make their voices heard in this discussion. And that is why we've launched this new campaign, to make sure that there is another voice in the conversation and a voice that is able to bring through the truth and the facts."