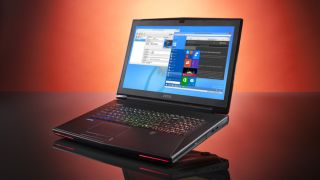 Running another operating system alongside your primary one has plenty of uses, but there's no need to pay for emulation software, thanks to VirtualBox.

Why you need it

With Windows 10 just around the corner, Microsoft are releasing 'Technical Previews' of the operating system to give people a glimpse of how it will function. Installing it comes with risks attached – it's unfinished software, after all – so if you want to try out Windows 10 before its general release, you'll need emulation software like VirtualBox.

What this neat little program does is enable you to run a second operating system alongside the one already installed on your computer (provided you've paid for both, of course). That makes VirtualBox perfect for trying out different operating systems – if you want to run a Mac-only program on your Windows PC, for example.

Unlike some rivals, VirtualBox is completely free, so you get access to the full feature set for an unlimited period of time, all without paying a penny. Available features include snapshots (which allow you to 'save' the virtual OS in its current state, to be returned to later), folders that can be shared between OSes, plus you can even remotely access your virtual OS from another computer.

So whatever you want to do with a virtual machine, VirtualBox should be able to handle it.