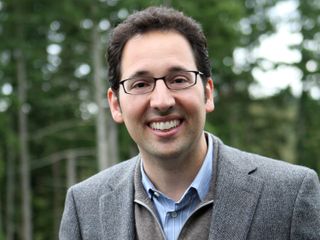 Alongside Microsoft announcement of the beta and release dates for Exchange 2010, something else emerged – the preliminary details of Office 14, now officially known as Office 2010.

Microsoft now says that Office 2010 and its related products "will enter a technical preview in the third quarter of 2009 and will release to manufacturing in the first half of 2010." That means it's unlikely we'll see a public beta, as with Windows 7, but this wasn't said categorically.

According to various sources, the final, or release to manufacturing (RTM), version will be in January, with Capossela citing availability to end users in anything from "six weeks to four months."

Here's the lowdown on what's going to be available:

The current version of Office 2007, was actually originally referred to as Office 12. Microsoft didn't consider producing an Office 13 for superstitious reasons.

Although Microsoft hasn't directly confirmed it in this particular statement, we shouldn't be surprised that Office is moving to 64-bit as the compatible OS install base rises. The ability to address more than 4GB of memory is the big boon here.

What about the web-based Office apps?

What we haven't had from this announcement is firm confirmation of web-related Office activity despite Microsoft showing off prototype apps at its Professional Developer Conference (PDC) last year where, as some sites reported, it was suggested that access to the web-based versions would be a result of purchasing the boxed product.

However, speaking to Reuters in Decemeber, Stephen Elop, Head of Microsoft's Business Division, said: "We expect fully that the full range of Office utilities, from the most advanced to simpler lightweight versions, will be available with a range of options: ad-funded, subscriptions-based, traditional licensing fees and so forth." So we will get a free, ad-funded version, but as yet Microsoft has not officially confirmed this.

And when a web-based version happens, it won't make sense to limit availability. By making Microsoft Office available to all browsers it will most likely be compatible with Windows Mobile rival devices such as the iPhone as well as Linux.