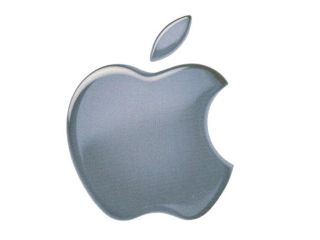 It's easy to squeeze more speed from your Mac. Here's how

Computing power has increased massively over recent years, and for Mac users the switch to Intel processors brought new heights of speed and performance to even the most entry-level Macs.

Thanks to the longevity of the average Mac, there are many thousands of older PowerPC machines still in use, dutifully chugging away day after day. And even for newer Macs, applications like working with images, music and video always run more smoothly with more power under the hood.

Upgrading the processor, although technically possible on some newer models and with more difficulty on older Macs, tends to be expensive and complicated. The good news is that other parts of your Mac can be upgraded, and components tend to be cheap and user-accessible.

In addition, there are simple steps that you can take in order to optimise your system for better performance. Sometimes this involves a little spring cleaning, other times a combination of hardware and software upgrading. Whichever you choose, it's easier than you think to speed up your Mac. You could even feel like you've got a brand new machine.

OS X requires around 20% of the space on its boot drive, typically called Macintosh HD, to be empty so that it can write virtual memory and other temporary files to the space. If a boot drive is very full, your Mac will slow down badly, even if it is a high spec machine, as the system thrashes the drive, overwriting what little free space is available.

A good working practice is to keep very large media files like video, image libraries or iTunes libraries either on a secondary internal drive in the case of a tower, or on a laptop or iMac, on an external FireWire or USB 2.0 hard drive.

Portable Macs come with 5,400rpm hard drives and towers with 7,200rpm drives as standard. Faster spin speeds generally mean faster operation since data can be retrieved from the drive in less time. On a tower like a G5 or Mac Pro, replacing the startup drive with a faster model like a 10,000 or even 15,000rpm drive will have a positive effect on overall performance and should make the system snappier.

If you find yourself running out of ports, invest in a USB 2.0 or FireWire hub to expand the number available. Make it a powered one and it will supply current to compatible devices as well. On all but tower Macs and MacBook Pros, there's no getting around the bandwidth problem – even with a hub, you're throttled by the bandwidth available on the internal bus.

On a Mac with PCI or PCMCIA capability, you can add a card internally with more ports, which provides a signal path directly to the motherboard and so gets around the bandwidth issue.

RAM is one of the most fundamental things affecting the performance of a computer. OS X really needs about 1GB of memory to itself to run smoothly, and the more RAM you have, the better. Use the About This Mac menu to see how much is installed, and the System Profiler to see exactly how many sticks are present.

About 2GB is healthy for a normal system, and for heavy work with Photoshop, Final Cut or GarageBand you'll need more than that. Different Mac models have differing RAM capacities, with older Macs able to hold less, especially laptops.