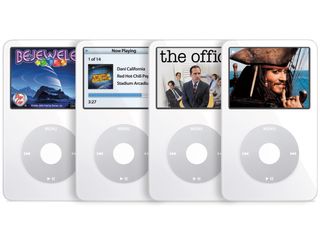 The iPod has proved the 21st century's 'must have' music gadget

Apple has sold its 100 millionth iPod music player after being on sale for little over half a decade. The company made the announcement yesterday, whilst blowing its own horn about how the iPod is "the fastest selling music player in history".

The iPod has supplanted the once-great Sony Walkman as the first-choice device for listening to tunes on the move. Throughout the 80's and 90's, Walkman was a synonym for portable music player, in the same way that the iPod is today, yet it took over 20 years for as many Walkman players to be sold.

"The iPod has helped millions of people around the world rekindle their passion for music, and we're thrilled to be a part of that," Apple's CEO Steve Jobs said in a statement.

"iPod is more than just a music player, it's an extension of your personality and a great way to take your favourite music with you everywhere you go," read a conformist statement from R&B singer Mary J Blige.

The iPod has sprung 10 model branches in multiple colours and now plays music, videos and displays pictures. It's popularity has made it very much a Marmite product, and luckily for Apple, a lot like the salty yeast extract vegetable spread, more people love it than hate it.