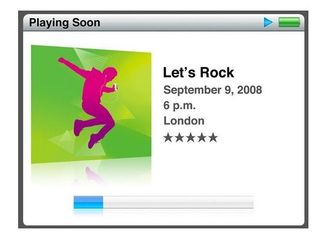 The invite seems to leave us under no illusion as to the nature of the launch...

Yes, so we've known about this since last week, but now Apple's product launch scheduled for next Tuesday is official - and, what's more, the company has left us one of its traditional clues on the invite.

'Let's Rock' is the theme, clearly leaving us under no illusions that this will be an iPod launch.Other rumours have also circulated, such as new MacBook and MacBook Pro models (as well as a netbook) but we're unlikely to see these.

Instead, expect new nanos and an updated iPod touch. Maybe old Classic will get a revamp too. Mind you, if past Apple events are anything to go by, we could get a surprise or two...

UPDATE: We'll be blogging live from the launch