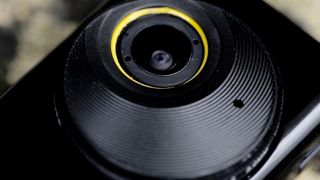 It was something the company responded to by supplying some ethical usage guidelines to users, but according to Autographer MD and ex-Nokia bod Simon Randall, the whole privacy hype has been overblown - and the media is to blame.

"We found more obstacles raised from media than from users," he told TechRadar. "When we launched maybe a year or so ago it was just as Google Glass was announced and the first NSA problem kicked off and everyone was like 'whoa' and there was a lot of hype around wearables, and a lot of people asked us a lot of questions."

"But if you scroll forward to now, we've not had many issues."

Randall worked as an executive at Nokia for 12 years, overseeing the launch of many devices and witnessing the inception of the humble camera phone. The privacy concerns raised by devices like Google Glass and Autographer, he believes, will blow over in time.

"I remember when we launched the first camera phones, it was the same thing," said Randall. "First of all people were like 'Why would I want a camera on my phone?' And then everyone was like 'That means you can take pictures all the time, and that's scary'.

Autographer has now launched a group of accessories for its device, including an adapter to make it compatible with camera mounts and one for bikes, in the hope is that users will find new ways of discreetly 'lifelogging' their day-to-day activities.

"In 10 years everyone will have lenses attached to them in their clothing and other places. But for the next 10 years they're still going to be clipped on because the technology just isn't there.

"But I think in 10 years' time it'll be pretty easy to put a wafer level camera in a lapel - if you wanted to."