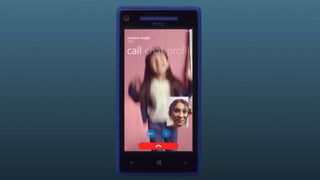 But late than never

It looks like Microsoft has finally got its act together, with a preview of Skype now available in the Windows Phone store ahead of a full release in a few weeks time.

One of the big features of Windows Phone 8 is its integration with the now Microsoft-owned Skype, however early adopters picking up a Nokia Lumia 920 or HTC 8X were left disappointed when not only was the app not pre-installed, it wasn't even available in the Windows Phone store.

The new Skype is deeply integrated with Windows Phone 8 and it will allow video calls to act alongside normal calls, making it easy for the user to launch into a face-to-face chat.

The details on the Skype app download page state that some features may not work correctly in the preview: "Some capabilities are work-in-progress and may not function consistently.

"This includes, but is not limited to: call reliability and the ability to receive incoming calls and chat notifications when outside of the app."

Skype for Windows Phone 8 also features "always on" functionality, meaning you won't need to sign in/out of the app and the way it's been engineered means it won't be detrimental to battery life.

If you'd like to find out what Skype will look like on Windows Phone 8, the firm has produced this little video.