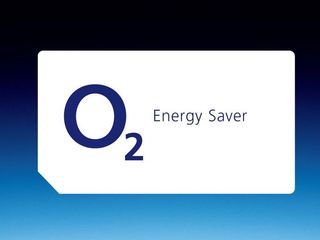 Mobile users can now do their bit for the environment with O2 's new Energy Saver initiative. The options include cash-back incentives of up to £100 for O2 customers who keep their existing handsets when renewing contracts. Alternatively users can donate £5 of this credit to O2's new Energy Saver fund, with O2 matching it with a further £5 per customer.

O2 is also offering a £5 donation to the fund for new and existing customers who sign up to a range of SIM-only deals. These "paperless" contract options - providing all bills and services online - are available on a one-month rolling contract basis.

Both O2 Energy Saver options are being introduced from 28 April as part of O2's new environmentally aware " We're in this together" campaign. It is aimed at reducing the number of perfectly usable mobile phones that are discarded each year for upgraded models.

O2 claims if every mobile user in the UK held off renewing a handset for a year, the reduction in CO2 emissions from reduced handset production would be the equivalent of taking 187,000 cars from the road annually.

The O2 Energy Saver fund is being established by O2 and the Energy Saving Trust to help turn communities green by reducing energy consumption, and reducing waste and pollution.

"There is an environmental impact from the production of each new phone," commented Matthew Key, Chief Executive of O2 UK. "With 70 million active mobiles in the UK the collective carbon savings to be gained by keeping handsets longer is simply massive. We therefore want to give customers a choice and an incentive to keep their existing phone and make a difference."

O2 is also now giving £5 to the O2 Energy Saver fund for every phone it receives for recycling.