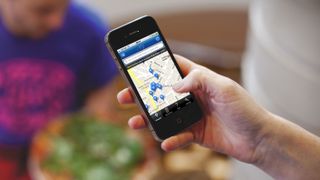 Join us as we enter the thrilling world of SIM card design and a spat between manufacturers over the next generation of nano-SIMs that pits Apple against RIM and Motorola.

What's happened is this: Apple designed a nano-SIM. A coalition consisting of RIM, Motorola and Nokia designed another nano-SIM.

There can be only one standard nano-SIM design but none of the companies in question wants to give any ground and apparently things became quite heated at the last meeting to discuss the design.

But of course someone will have to concede ground, and RIM and Motorola have been the first to relent (with the mysterious exclusion of Nokia, who may simply have given up on it all).

The two companies have updated their joint proposal to accommodate some of Apple's requirements and Apple is said to be working on a modified design too.

The problems arise in niggly little issues like this: Apple uses SIM trays on its iPhone and iPad products so it's not too fussed about having notches that allow the SIM to lock the chip in place and be easily removed. But these are essential to RIM and Motorola whose SIM mechanism is quite different.

Nightmare. But RIM and Moto have made some concessions to Notchgate in their updated design (below) that features just one small notch in an otherwise smooth-edged design.

Who knows if Apple will be happy with that or if it will have another competing design to enter the fray. A mutually-agreeable decision will have to be made before the next generation of smartphones be made, so let's hope everyone manages to play nice at the next standardisation meeting on May 31.