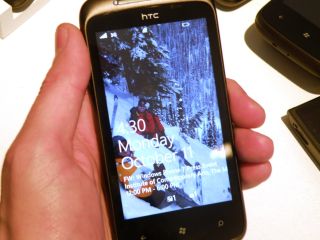 Windows Phone 7 and the microSD debacle rumbles on

Microsoft is aiming to bring microSD expansion to its Windows Phone 7 range as soon as possible, according to the Windows Phone team.

Microsoft's decision to lock down the memory cards and not allow users to expand their microSD allowance drew ire from some users who wanted more than the 8GB or 16GB on offer, but that looks set to change.

In an interview with TechRadar, Microsoft's Windows Phone team told us that it was "now busily buying every microSD card they can get their hands on and testing it in their phones, and when they have a list of which cards perform well enough to recommend they'll be distributing the information."

The reason is that some memory cards will cause the phone to slow down, as it need to access the microSD in short, sharp bursts at times to function - some memory cards don't work well under these conditions and the handset will become sluggish, which is why Microsoft is testing so comprehensively.

"Yes, it's about read write speeds [which is what the SD class number indicates]," senior product manager Greg Sullivan told us. "The IO rate is part of it but actually what's equally important are the bit error rates. That will impact the speed of the checksum rewrite."

This doesn't mean that it's going to be an easy task to upgrade your memory in your new Windows Phone 7 device; you'll need to wipe the card then perform a factory rest on the phone to 'lock' the two together.

But if you're desperate to get your new HTC HD7 up to 40GB, then at least you should have an option soon.