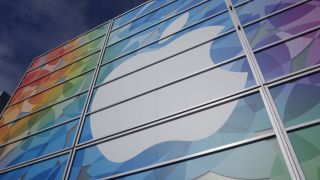 The dial goes past 4 inches

Apple may have big plans for its smartphones this year. And we mean big.

The Wall Street Journal (pay wall) is reporting that Apple is plotting two iPhones with screens that stretch further than ever before for 2014. One will have a display measuring over 4.5 inches diagonally and the other will reach beyond 5 inches diagonally, the report claimed.

These screens would overshadow the 4-inchers found on the likes of the iPhone 5S.

Although larger, both phones are said to share the same metal clad design as the 5S. Unfortunately for its iPhone 5C brethren, Apple is apparently planning to cease producing plastic phones. However, we think it's unlikely the 5C will disappear completely so soon after launch.

Finally, those hoping for curved new iPhones are out of luck; those displays reportedly won't find their way to the larger Cupertino cells.

Recent reports have pinned the iPhone 6 has sporting a display larger than 4.5-inches (4.8, to be exact).
Though not mentioned by name, it would appear the iPhone 6 is set on having a larger screen than its predecessors.

The smaller phone is apparently further along than the larger model, and nearing readiness for mass production. The larger of the two is still stuck in the early stages of development, though Apple plans to have it out this year.

Of course, any and all details of the new iPhones could change before they reach final release.

Apple is swinging to big-size phone screens partially to compete with larger handsets like the Samsung Galaxy S4 and LG G2. However, the Journal also noted Apple is following this gargantuan display path because big screens are popular in China.

Rumors and reports of bigger screens of Apple have been bubbling for some time now, even boiling over to tablets. Beyond phones we recently heard murmurings of a 13-inch iPad that will blur the line between tablets and PCs.