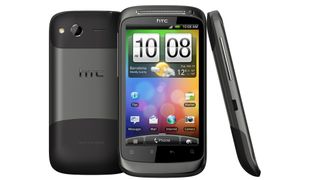 HTC has posted a detailed run down of its proposed Ice Cream Sandwich roll out plans for a number of its devices.

HTC owners will be pleased to learn that a wide range of handsets will be getting the Android 4.0 update, with the likes of the Sensation XE having already received it.

Most handsets are due to receive the update in June and July, with the popular Desire S, Desire HD and Sensation among those in line for a summer refresh.

Devices which upgrade to Android 4.0 will also get Sense 3.6, although this falls short of the Sense 4.0 overlay found on the HTC One X, One S and One V – due to specific hardware requirements only the latest handsets can offer.

Tablets and Budget handsets missing out

HTC also provides various FAQs surrounding the upcoming ICS roll out, including naming devices which won't be getting treated to a tasty spoonful of ice cream.

Phones which are missing out are from HTC's budget line up including the Wildfire S, Explorer, ChaCha and Salsa.

Also failing to make the grade will be HTC's range of Android tablets, with the Flyer, Evo View 4G, and Jetstream all sticking with Honeycomb.

HTC is quick to point out that those devices not receiving Ice Cream Sandwich will still receive various software improvements, security fixes, and technical support.