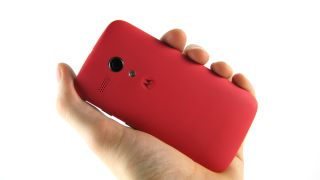 Motorola: it's out of Google's hands now

If you play chess, you'll know that it isn't always obvious what your opponent's up to from a single move.

What looks like a minor play or even a rookie mistake often turns out to be a significant part of a strategy that ends with them shouting "checkmate!" and you throwing the board in their stupid gloating face.

Or maybe that's just my house - but anyway, I think Google's offloading of Motorola Mobility is something similar.

On its own, the sell-off looks bad: Google's ditched most of Moto - it's keeping the research and patents - for a fraction of what it paid. As Ian Fogg of IHS reports, "Lenovo's $2.91bn barely covers the cash acquired as part of Motorola Mobility." The purchase price of $12.4bn wasn't all Google spent either: it "supported the loss-making Motorola business for over two years."

Not the best investment of all time, then. But you need to factor in two other news announcements. Earlier this week we saw Google and Samsung form a patent alliance to fight iOS, and just yesterday it emerged that Samsung is going to make its Android interfaces considerably less Samsung-y.

In that light, Motorola is the pawn that Google's sacrificing to save a much more important piece: all of Android.

Google and Samsung may have different goals - Google wants to ensure that its services don't get kicked off mobile, and Samsung wants to sell hardware - but they have a common purpose in pushing Android.

Despite this common purpose, from time to time they appear to be frenemies. When Google bought Motorola it instantly became a rival to Samsung as well as a partner, and when Samsung started messing with the Android UI, it could be said to have diluted the Android experience and brand.

It isn't hard to imagine Google telling Samsung something like, "We'll get out of the phone business if you stop messing around with our OS and share some of your patents."

There's another angle here too, and that's Lenovo. Assuming regulators don't block the sale, which is unlikely, Lenovo's just boosted its smartphone business by acquiring a brand that still has a lot of weight in the US market.

As Larry Page said, "Lenovo has the expertise and track record to scale Motorola Mobility into a major player within the Android ecosystem".

When you take all of these things together, it's hard to see selling Motorola as a disaster.

Google retains the R&D and the patents, and gets shot of the loss-making hardware division; potential dilution of Android has been halted; Samsung's been brought closer to the mothership; and in Lenovo's hands Motorola could become a serious US rival to Samsung - which would further dilute Samsung's power and makes it much less likely that Samsung could hold Google to ransom in the future.

As a result, Android is stronger and more focused than ever before.