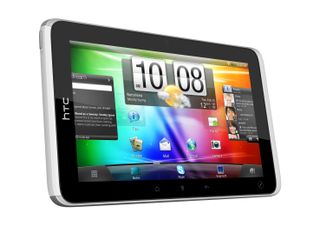 Android - in the frontline of the battle

Google has openly declared war on Microsoft and Apple, with the internet giant claiming that a "hostile, organized campaign against Android" is being waged through "bogus patents".

The search giant has accused Microsoft and Apple of getting in to bed together because of the success of Android, in an attempt to make the mobile OS more expensive for phone manufacturers to licence.

I want to be a (patent) billionaire

The accusation stems from a mind-boggling auction for Nortel's patents which saw the CPTN group fork out $4.5 billion – some $3.5bn beyond the predicted price.

"This anti-competitive strategy is also escalating the cost of patents way beyond what they're really worth," added Drummond.

"Fortunately, the law frowns on the accumulation of dubious patents for anti-competitive means — which means these deals are likely to draw regulatory scrutiny, and this patent bubble will pop.

"We're not naive; technology is a tough and ever-changing industry and we work very hard to stay focused on our own business and make better products. But in this instance we thought it was important to speak out and make it clear that we're determined to preserve Android as a competitive choice for consumers, by stopping those who are trying to strangle it.

"We're looking intensely at a number of ways to do that. We're encouraged that the Department of Justice forced the group I mentioned earlier to license the former Novell patents on fair terms, and that it's looking into whether Microsoft and Apple acquired the Nortel patents for anti-competitive means.

"We're also looking at other ways to reduce the anti-competitive threats against Android by strengthening our own patent portfolio. Unless we act, consumers could face rising costs for Android devices — and fewer choices for their next phone."

A gun boat in Apple's harbour?

The full statement – on Google's blog – is well worth a read, as it represents perhaps the first shots of a war between the highest profile technology companies on the globe.

With the tablet and mobile phone being labelled as 'post PC devices' by no less than Steve Jobs, it is clear that the major players need to a hefty slice of the market and will pay whatever it takes to make sure they remain at the top of the tree.

Whether that's with the purchase of patents, huge investment in products (ie Microsoft's Windows Phone 7) or by marketing – it is clear that nobody can pretend that it is good-natured rivalry that is spurring on a now vicious battle.