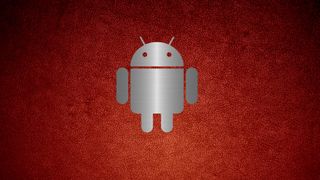 A sultry new look for the little guy

Rumours of a new Android programme, Android Silver, have been swirling for some time - but it seems that Google's latest big idea is much more than the support service we'd initially heard about.

Multiple sources say that Silver is going to be a very big deal indeed - and that could be good news for phone fans and a big blow to Samsung.

What is Android Silver?

Silver is a bit like a more advanced Nexus programme, but instead of working with one manufacturer on one device, Google will work with multiple firms on multiple devices.

Google supposedly wants to help manufacturers to deliver a premium Android experience, so participating firms will get help from Google with their development and marketing costs, and their devices will get preferential treatment when it comes to software updates.

There will be Android Silver kiosks in shops and an Amazon-style video support service for Silver users, but the existing Nexus programme will be stopped.

Why is that good for me?

It should mean a wider choice of high-end Android devices at reasonable prices, and those devices will be free from the bloatware, unwanted apps and over-the-top customisation that plagues some firms' handsets.

That's because participating firms will have to agree not to mess around with stock Android in much the same way Microsoft's Signature programme banished bloatware from participating PCs.

The devices must "closely adhere to Google specifications" and will "sharply limit the number of non-Google apps that can be pre-installed on devices" or ensure that phone owners will be able to uninstall them.

It also means that you'll be able to buy handsets without wondering if you're getting the most up to date version of Android or whether the firm will bother supplying Android updates after a few months.

What's in it for the manufacturers?

Money - as much as $1 billion of it. Silver should help the smaller players compete with the 500lb gorilla of Android: Samsung. Companies that don't have Samsung's massive R&D and marketing budgets will be able to benefit from Google's deep pockets.

The downside, however, is that by becoming part of the Silver programme the manufacturers may find it harder to differentiate their products from one another: if the rumours are correct and Google is specifying the hardware as well as the software (as it does with its own Nexus devices) there won't be much the manufacturers can do to make their devices different from their rivals'.

Who is taking part?

LG and Motorola have been named as the most likely candidates for initial devices. Others are expected to follow.

When is it going to happen?

We don't know. The leaks are based around documents from the tail end of last year and the rumours of a new Nexus 10 tablet at this summer's Google I/O suggest that if the Nexus programme is being replaced, it isn't happening imminently.

Google is already cracking down on the way Android is presented, though: both the HTC One (M8) and Samsung Galaxy S5 boot screens feature the words "powered by Android".

Why is Google doing this?

That sounds sensible enough, but there's another theory doing the rounds: Silver is anti-Samsung insurance.

Google gives away Android because it wants users' data and Samsung's dominance is a threat to that: Samsung's plans to eventually drop Android are well documented, and if it forks or drops Android that will leave an enormous hole in Google's data gathering.

By putting the Android brand at the centre of multiple firms' marketing and helping those firms better compete with Samsung, Silver could be an attempt to minimise the damage Samsung could do. If Silver is successful, it might just persuade Samsung to stick with Android for longer.