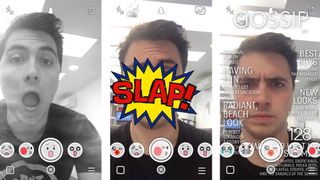 Snapchat's Lens Store only launched a couple of months ago, but already it's being shut down. The service, which sold lenses for £0.79/$0.99, is closing its doors on Friday.

The announcement didn't include a reason for the closure, but presumably it simply wasn't profitable enough. Who'd have thought people wouldn't want to spend a dollar on a cheesy effect? Though the rainbow sick is totally worth it.

The free lenses aren't going anywhere, so you'll still be able to augment your face in a variety of ways, with 10 options set to be available each day, up from seven. You just won't be able to keep any of them.

Gather ye lenses while ye may

All the lenses you've already purchased will be yours to keep, so if you're loopy about lenses you'd better stock up before Friday.

We've reached out to Snapchat for comment on why it's closing the Lens Store and we'll update this story when we hear anything.