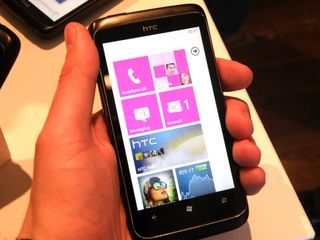 Analyst house Gartner has released smartphone sales figures for Q1 2011, which show that only 1.6 million Windows Phone handsets were sold over the three month period.

1.6 million might sound like a lot, but that's 1.6 million out of 428 million mobile communication device sales, with the analysts noting that consumers seem unfazed by Microsoft's new software.

"Windows Phone saw only modest sales that reached 1.6 million units in the first quarter of 2011, as devices launched at the end of 2010 failed to grow in consumer preference and CSPs continued to focus on Android," said Gartner in its release.

Nokia to the rescue

Another point to note is that the worldwide smartphone market actually grew by 85 per cent compared to the same time last year – Microsoft's slice of that pie is clearly quite small.

Despite the fairly gloomy worldwide figures, Gartner reckons Microsoft can place all its hopes in Nokia for a more successful run.

Meanwhile, it was happier news for Microsoft's arch-nemesis, Apple, which sold ten times more phones than Microsoft - 16.9 million iPhones made their way to consumers' pockets in Q1, more than doubling Apple's year-on-year sales.