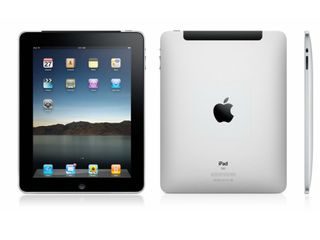 Could it be bye bye button on the iPad 2?

is set to replace its functionality.

Bad news for glove-wearers and button fans, rather than simply hitting home we'll be tracing our fingers across the screen to awaken our handsets and launch the app switcher.

A source told BGR that Apple already has employees testing iPads and iPhones with no home buttons, so we could see a buttonless look as early as the next generation of each device.

A dream come true for Jobs

Doing away with the home button will make a significant difference to the devices' designs, making Steve Jobs' original vision of a buttonless handset come into being.

In other iPad 2 news, it looks like Photo Booth will be appearing on the iPad 2 – it's pretty much a given at this point that the next iPad will feature at least a front-mounted camera.

Apple's own suite of iLife apps could also be revealed for iOS at the iPad 2 launch.

The curtain was whipped off the first iPad in January last year, so we're expecting to see that familiar black polo neck make its way to the stage to tell us how magical an iPad with a camera is going to make our lives very soon indeed.