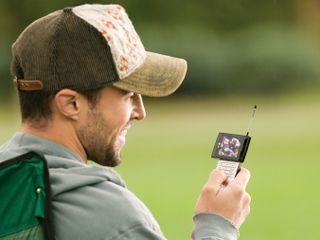 You're not in a car...we knew that already

Good morning, or “bonjour” for the more Francophilic among us. It’s a Friday, there’s a glimmer of a chance we may see Mr Sunshine complete with hat this weekend, and the canteen has got some new, warm baguettes in. Lovely.

BT on the block

Apparently BT has been somewhat naughty in its trials of the Phorm system, as it may have performed the tests illegally without letting customers know they were part of the project, which monitored their web usage.

A leaked BT internal report has spilled the beans, and a leading computer security researcher, Dr Richard Clayton of the University of Cambridge, made some comments (as you do in these cases):

"It's against the law of the land, we must now expect to see a prosecution," he told BBC News.

BT intends to continue with the trials, although the leaked report highlighted the Phorm software as “operationally challenging”.

In a move that makes it the biggest mobile operator in the US (which is a big country…even bigger than Wales) Verizon has bought rural operator Alltel in a £14 billion deal which jumps it ahead of AT&T.

Although this may not affect those in Europe directly, the power of the American mobile operators is growing rapidly, and their allegiances to certain new standards, such as the 4G debate, will be felt over here too.

"This is a way of getting growth from a market that's becoming fully saturated and beginning to slow down," said analyst Joseph Bonner from Argus Research.

"They get the bragging rights," he said of the company’s jump above Alltel.

I’m on the train

Scientists in Beijing (which is in China for those not up to speed with Google Maps yet) have found a way to guess a person’s mode of transport by using mobile phone GPS data.

It used changes in speed to define the method of transport (shocking) but also could tell when a car was in traffic, or when a person was transferring from a car to a bus.

In a study that took 6 months (which could have been put to better use, surely? How about they find out whether our phones are really making the world sterile) the team also uncovered people rarely transfer from bike to car.

Amazing what science can do nowadays.