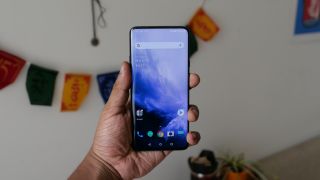 The OnePlus 7T has been all but confirmed to exist, and we now have a good idea of when it might be announced, with a source pointing to September 26 – however, surprisingly that date is apparently just for India.

While the OnePlus 7T isn’t mentioned by name, the source is referring to a OnePlus handset, so that’s the obvious candidate.

If that October 15 date looks familiar it’s because the same source had previously put that date forward, with one of TechRadar's own sources saying the date was wrong. However, at the time it was assumed (from the slightly unclear tweet) that this was the announcement date of the OnePlus 7T, not the date it would go on sale.

So with that confusion cleared up it’s possible that both Max J. and our source are right. It is slightly surprising that India would get a separate announcement ahead of the rest of the world, but that may reflect how important a market India is for OnePlus.

We would of course still take these dates with a pinch of salt for now, but with no alternate dates put forward they’re our best guesses for the time being.

We know very little about the OnePlus 7T so far. Most leaks point to it having a similar or perhaps even identical design to the OnePlus 7 Pro, but that’s no surprise, as this is likely to just be a slightly tweaked and upgraded version of that phone – if these dates are accurate then we’ll know for sure soon.