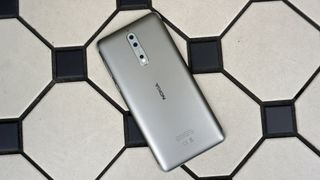 HMD Global – the company behind the recent Nokia phones – may have inadvertently given away one of the features of its upcoming Nokia 9 flagship, as an update to the camera app included in the Android Oreo beta for the Nokia 5 highlights some modes that none of the company’s current phones are capable of.

Specifically, there’s mention of both a 2x telephoto zoom and a wide-angle option, either of which would typically require two lenses on the phone.

But the Nokia 5 has just a single-lens camera, and even the Nokia 8, which is a dual-lens phone, isn’t capable of either of those features, instead combining the images from separate color and monochrome lenses for better quality shots.

So it’s very likely that one or both of these features are coming to a new phone, and the Nokia 9 is the obvious candidate, since it’s both set to be a flagship and likely to arrive soon, with rumors pointing to a January 19 announcement.

Supposedly a new Nokia 8 (2018) will also be announced on that date, so that’s a possible candidate too. Or perhaps one of these phones will get a zoom lens while the other gets a wide-angle one.

And this isn’t the first time we’ve heard of a dual-lens camera on the Nokia 9. According to an earlier rumor it might have a pair of 22MP snappers, which would mean it also has a lot more megapixels than the 13MP Nokia 8. If talk of a January launch is accurate we should know the truth of all this soon.

Via Phone Arena and Nokiamob